Where is Blockade Runner? 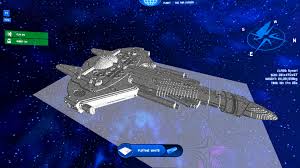 Blockade Runner was first announced about 4 years ago when Minecraft was still riding the frenzy from it's initial boom. There were a lot of articles being published at that time of people doing and making things in Minecraft that indie blogs were considering newsworthy.

The idea was to take the Minecraft style which is highly duplicated these days, and give players the ability to construct spaceships that they could then pilot, engage in space combat, explore and adventure with. There was a playable demo available at that allowed players to fly around and construct the ships, but piloting was limited and there wasn't really anywhere you could fly to and there were no resources to collect or pretty much do anything else.

They were charging 10 bucks for early access, which was a reasonable amount and a popular business model following Minecraft's release. I bought in. Young an naive. It is now 2016 and the game is not out. The site says they are changing engines, but I feel like they were the first to the party with the "Crafting in Space" idea, but it has taken so long for the game to come out, better options are already available like Space Marines and what not. I wouldn't call it vaporware, because it does look like they have a Unity Engine test together, but come on Blockade Runner, it's been years. Get it together!

Okay so the devs responded very kindly on Twitter to this article. Here is what they had to say: 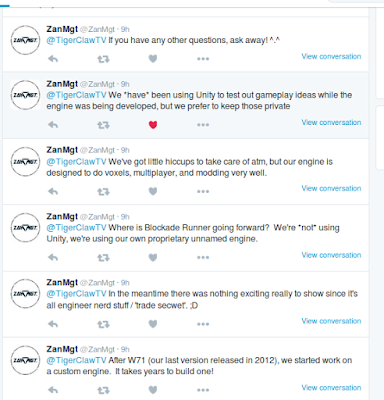 I understand custom engines take time. And from what I gather, it is usually worth the effort. See Trackmania or Hard Reset for examples. I can't help but feel like I chipped in based on a demo which was scrapped quickly afterward.

Here is an honest technical question. How feasible is it to make your new engine Linux compatible? The original demo was released at a time before Windows 10 was a thing and Microsoft hadn't started completely shitting the bed in the OS department. I have since switched over and I'm not really looking forward to going back.

At any rate. It was nice to receive such a nice reply. I was really really taken with the original Blockade Runner concept and I'm hoping to see a finished project some day.

P.S. My ten bucks is still good for a copy of the game right? Because I haven't logged into your site for years.

Posted by Critical Failure at 8:56 AM