Wow. I really like this game. Deadly 30 is a tower defense game for the most part. For 30 days and 30 nights, the player travels around looking for materials during the day and defending their base camp at night. Scrap metal can be found to build better gear and defenses. The art work is okay. It looks a little campy at times but it does the job. The voice acting sounds like it was done in-house. At first glance, it’s a pretty run of the mill indie tower defense production with zombies.

So what’s so good about this game? Honest to goodness difficulty. The press materials commonly show a party of three members, but the other two characters are met seemingly at random. One time I went to day six without meeting anyone, another time I had a full party by day 5. One brilliant part of the game design is that the set up makes the player feel danger when outside base camp at night but the reality is that the only way to be successful at the game is to leave the safety of the base and explore for materials deep into the dangerous zombie infested night. If you want to live, you’re going to have to brave it out there. At least a little.
Read more »
Posted by Critical Failure at 10:22 PM No comments:

I hate it when people misuse the term “Metroidvania”. That term was coined to express a cross between the explorative non-liner platforming action of Metroid and the whip action of Castlevania. However these days “Metroidvania” tends to applied to any sidescroller where you do anything besides strict travel to the right hand side of the screen. 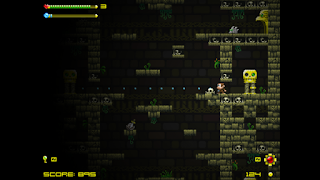 Adventure Apes and the Mayan Mystery is NOT a Metroidvania game. More accurately, it’s a Metroid style game with Monkeys. As far as gameplay is concerned, this is a side scrolling exploration game. Jump, shoot, find the next component to increase your abilities and thus open more areas. (I.E. jump higher etc etc)

Read more »
Posted by Critical Failure at 1:35 PM No comments:

Posted by Critical Failure at 11:12 AM No comments:

I would like to voice my dissatisfaction with this game.
I have a few complaints about this game that several of my fellow Steam users have also taken issue with. I feel they should be logged somewhere so here is the deal.

1) Poor Optimization.
I know that the system requirements are listed in detail on the store page. However this is an ugly game. There are absolutely no textures. There is no reason why it should not run on my i5 laptop. At 10 bucks, This is a budget game. THIS NEEDS TO BE FIXED. If that means overhauling the engine, than that’s what they have to do.

2) No level building.
The concept of spending 3 hours building a map to have a 3 minute shootout is what attracted me to


This video has been in the pipeline for a couple years now. I havent made a video in awhlie so it feels really rough but I'm proud of it. This is the single longest scripted video I have made since 2008 when I started. I worked my butt off to get this done so I really hope you guys enjoy it!
Posted by Critical Failure at 10:19 AM No comments: 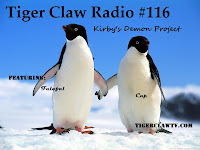 Awful Falafal and Cap had a discussion with me about a bunch of things including the Sega Saturn and Emulaton. This episode is somewhat short because I opted to use the time to work on my upcoming Final Fantasy 9 video which is due out on the 8th of this month. Thanks so much to The Corner Pub for letting me use thier mumble escapades in my podcast!

Read more »
Posted by Critical Failure at 9:30 AM 2 comments: