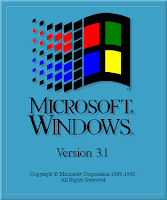 It's the DOS Episode! Epic Pinball, Panzer General, and a whole lot more! Also don't forget to write in and get your tickets squared away for Echelon courtesy of GamersGate.


Fire with a Riot
http://www.indiegames.com/blog/2011/02/freeware_game_pick_fire_with_a.html

Read more »
Posted by Critical Failure at 4:55 PM No comments:

Episode 2 of the 12-Sided Podcast is up.

The 12-Sided podcast is a four part mini series about table top RPG's which I am running as an experiment. This episode, like the first, runs about 30 min. I'm having a blast making these. If your into table top role playing, give it a listen. It's available on podomatic, or you can stream it in after the page break.

Read more »
Posted by Critical Failure at 3:39 PM No comments: 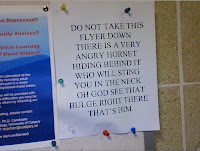 Read more »
Posted by Critical Failure at 11:40 PM No comments:

I started a new podcast. The 12-Sided Podcast is a 4 part mini series which is going to focus on table top games. I know there has been a wealth of posts here about D&D so hopefully this can focus all that into a new branch of entertainment. Please let me know if you end up enjoying this. The more response I get out of it, the more likely there will be more episodes. Check out the podomatic page here, or listen from the streaming player after the page break.
Read more »
Posted by Critical Failure at 6:57 PM No comments:

This time the recording is provided courtesy of thegamingbeast.com and Shintai. Thanks guys! Just a warning this is beyond non-worksafe. It's very explicit. However, D&D between five established internet podcasters should make for good radio. (Just make sure the kids aren't around.)

Posted by Critical Failure at 12:04 AM 2 comments: 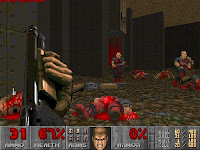 Classic Doom Online returns to TigerClawTV.com with Doom Night VI! Doom Night VI is just around the corner at February 26th. Anyone is invited to play. All you will need is a copy of Doom2.wad from the commercial edition of Doom 2 and a free copy of Skulltag from skulltag.net. Triverse from Scenic7pr is offering a Doom 2 strategy guide to the winner of this bloody event.

Read more »
Posted by Critical Failure at 11:20 AM No comments:

Jerry Terrifying returns with his second episode of Mondo Cool TV. This is a quality program and I want to rally behind him and give Jerry as much support as possible. You can support Jerry simply by watching this awesome show!

Posted by Critical Failure at 10:42 AM No comments: 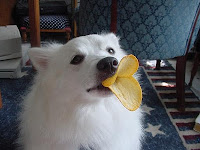 Happy Valentines Day from TigerClawTV.com! This time around we talk about the up and coming Eschellon contest as well as the latest episode of Mondo Cool TV, The old X-Box, great freeware and a whole lot more! Join us on this super sized holiday episode! 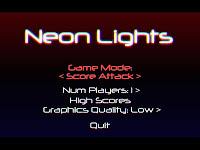 Neon Lights is set up in the format of a Dual Stick Shooter. This one is a bit different from the other ones I have reviewed thus far. The gimmick here is that the shooting is totally automated. The player automatically emits a constant stream of bullets in the direction of motion. As enemies fade into the screen, the player must race around the screen in order to send the wave of bullets in tactical places. 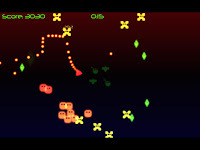 This is a pretty fun gimmick which gives the game a bit of an arcade-ish feel. Like, I really wish I had a USB arcade stick to play this with. This is especially true since there is no attack button. I have taken to playing it with my Dual Stick controller, but since the game only uses the left stick, it feels like the rest of the controller is dead weight. It should be noted however that this game DID recognize my controller. Not bad for a free game since Arcadia, which costs five dollars by the way, does not.
Read more »
Posted by Critical Failure at 12:53 AM No comments: 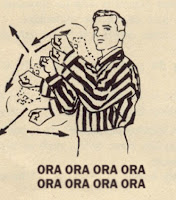 Okay NOW I got the numbering system back on track. (I hope.) Anyway this time around I briefly discuss my video game related super bowl plan, Tiny Barbarian, what's on sale, as well as a new segment entitled: "On The Desk".

Read more »
Posted by Critical Failure at 6:31 PM No comments: 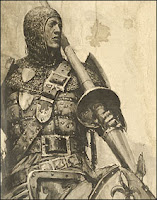 The first D&D night was a big success and everyone had a great time. Big thanks to Dakabra for running it. Cendoo was nice enough to record the event for everyone to listen to. Looking at who attended the event, this is going to be good radio. Just remember boys and girls, this is not safe for work. These guys are not too terribly crass, but be warned. This was definitely a guys night.

Here is the archive entry where you can download the mp3 or stream it in.
Posted by Critical Failure at 11:04 AM No comments: