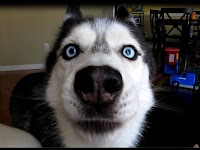 This is a special stripped down episode with no intro, outro our chiptunes. I felt like I was cheaping out when I first sat down with Shintai to record this one, but what actually came out was better than the last few episodes I have put out. It's a nice change of pace with some cool surprises. Check it out.

Ultima, Gog, and the demise of Abandonware

So apparently Gog is now charging 5.99 for Ultima 1, 2, and 3 in a collective pack. Ultima is a great game. I will most definitely give it that. I started playing through the first Ultima game again a couple months ago and you know what? I had a really good time with it for a couple of hours. We are talking about games that helped shape the future of game design. So now here they are in the Gog catalog for everyone to purchase.
Let’s take a step back here. Imagine it is 1998. Remember those days on the internet? That was back when it was still cool to have AOL, and everyone was still using dial up. At that time, what was the best way to get ahold of a copy of a game like Police Quest 1 or Wing Commander or Ultima? There was no Gog that’s for sure. At that time some of those games were still being sold as part of collections. Ultima for example came in a collection which had all the classic Ultima games for 20 bucks. The price actually hasn’t changed that much considering if you buy all the Ultima games today off of gog, you’re going to pay 17.97. But the greater reality at that time was that classic PC games as a whole were not commercially available. The only ways to get them if they weren’t lucky enough to be part of a collection was to take a risk and eBay the old diskettes.
Read more »
Posted by Critical Failure at 1:23 AM 10 comments:

I had my wisdom teeth out recently and instead of take the week off, I did a really short show on medication enjoy!

Posted by Critical Failure at 11:49 PM No comments: