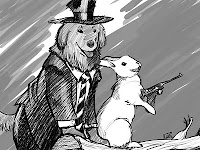 This time on TCR, TIGSource's top indie games of 2010, my first stab at a modern FPS, surviving a black out, and a whole lot more.

Read more »
Posted by Critical Failure at 7:36 PM No comments:

Tiger Claw Radio Returns! In this episode I talk a bit about well... games. Just listen. I got confused and ended up calling it 59. This episode also features contest results for the Chains/VVVVVV give away.

It's here! The eagerly awaited zombie shooter which is based on the popular internet series "Bytejacker" has been released. I was curious how they were going to work this angle. As it turns out, the game is a free browser title. So go support a great series about indie games by shooting some zombies! I'll write up a review of the game after I have had some time to play it.
Posted by Critical Failure at 9:41 PM No comments: 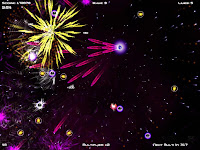 Dual stick shooters are definitely in abundance in the indie scene. I feel it has reached a point where this type of game must reach a high quality standard to be even in the low end indie cost bracket. (There are a large number of free shooters to compete with.)
Bullet Candy is one indie title which delivers on its five dollar price tag. This is a wave based game with a few unlockable modes, but the real draw here is it's unabashed "bullet hell" nature. 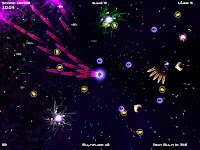 The standard mode has 50 levels with continue points every fifth stage. My Logitech game pad was supported so I had no problem with controls (though I had to monkey with the options for a while to get it to work.)
Read more »
Posted by Critical Failure at 2:23 AM No comments:

It took me a while to really figure out what I thought about this game. Its formula isn't really all that different from other similar shooters. 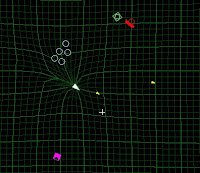 Arcadia is another dual stick style shooter which was released on Steam fairly recently for 5 bucks. Unlike Bullet Candy, Arcadia isn't wave based. The player is given a playing space to cruse around in (quite quickly) and small shapes cruse into the arena with the sole mission of colliding with the player. Two modes of play, Casual and Chaotic, are given.
This is definitely not a flawless title. In fact, while I was playing it, I had thought of a lot of negative things to say about it, but despite all that, I continued to play it. The game play in and of itself is really good. The big problem is that it's a high score based game with no local high score board. (or any high score board for that matter.) The only way to gauge your progress is the achievement system, which consists of high score milestones. Also, gamepad support was recently added but is faulty at best. That appears to be something they are still working on.
Read more »
Posted by Critical Failure at 1:52 AM No comments: 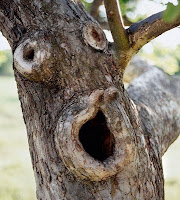 Happy New Year! I hope everyone has a great 2011. This is my little annual chiptune special. Enjoy everyone! Songs are used under the Creative Commons license and are owned by their respective artists. More chiptune music is available at 8bc.org
Read more »
Posted by Critical Failure at 12:50 AM No comments: