realMyst To Be Removed From GOG.com 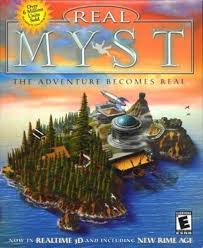 realMyst will be removed from GOG.com's library today. If you own it already, it will remain available to you. Cyan is pulling it in favor of the realMyst Masterpiece edition, which they feel is a better representation of what the game should be. Kudos to GOG.com for letting us know it is going to be pulled for anyone out there who wants to grab it. I would imagine that it will be pulled from Steam as well, though I don't know that for sure.

Pick up realMyst from GOG.com

Update: realMyst has now been removed from GOG.com but still appears to be for sale on Steam.
Posted by Critical Failure at 2:49 PM